The "Façade Life" installation lives on the monumental facade of the Grand Palais (Paris) every evening during the Art Paris Art Fair. In Facade Life, an abstract white shape constituted of white pixels move on the facade of the Grand Palais, rubbing against columns, following cornices, bouncing on window frames... It inhabits it. Programmed by algorithms of artificial life and physical models, it reproduces the life of a wild animal in a cage : nervous body, free but locked down. The facade defines its vital space, which it ambles endlessly. Light rubs against matter, architecture becomes territory. 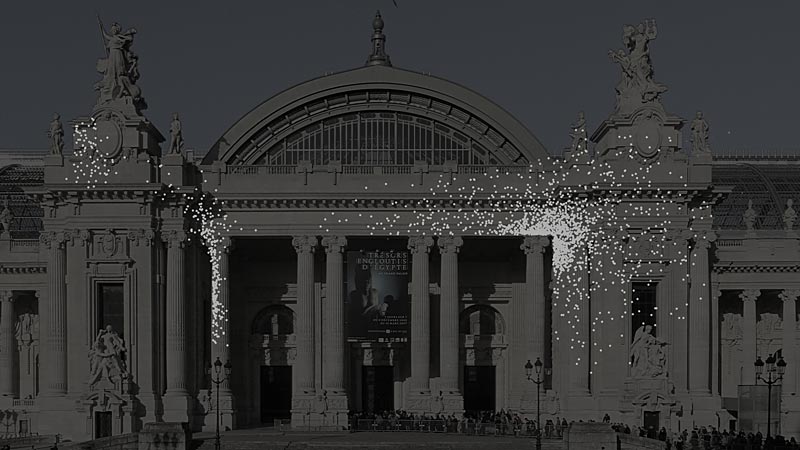