Since Plato’s Myth of the Cave, the "underground" has been the locus of many narratives: in the literary tradition of the West, subterranean environments have functioned as a mental landscape, a social terrain, an ideological roadmap, and a place for hidden realities to dwell. The reasons for going underground can be manifold: a quest for scientific truth, for technological power, for aesthetic inspiration, or an attempt to escape some natural and ecological disaster. Most of the time, those who venture into subterranean realms are both time travellers and spiritual pilgrims. They plunge below the surface of material reality on a quest for the truth that lies hidden below. Going underground means to cross a threshold, to step from light into darkness, and vice versa, physically and metaphorically.

In our technologically mediated world, media infrastructures determine what is visible and what is invisible. Despite the current semantic obfuscation (a tale of virtual, dematerialized worlds that exist “on the cloud”), the materiality of information technology is deeply rooted in the soil and the underground, by way of the nonorganic components (rare earth minerals, metals, chemicals) that are so essential to media devices, as Jussi Parikka has shown in his book, A Geology of Media, 2015. As a parallel effect, controlling what is given to us as real, what can be represented, known, discussed, has become exponentially easier. As Hal Foster has reminded in his latest work, What Comes After Farce, 2020, a new form of epistemology is on the rise today: « agnotology, or the analysis of “how it is that we do not know," or better, how we are prevented from knowing ». This seems particularly true of the ecological and environmental domain.

Nicolas Sassoon's approach to the underground, and to some realities that are “submerged”, both in geological and social terms, follows in the wake of Félix Guattari’s intuition: that we need to think of ecology not only in terms of nature but, at the same time, from the standpoint of subjectivity and social relations.

In the exhibition Subterranea, three of Nicolas Sassoon’s latest projects are presented: The Prophets, CORES (in collaboration with Rick Silva) and INDEX, AVENUE, SKYLIGHT.

The Prophets, a series of sculptures, is an assemblage of organic, non-organic and electronic components. These aggregates become an interface, a gateway to a "seismogenic process" (Gregory Bateson): the emergence of a new organism splitting from an older one - a playfield for poetry and the unconscious. A prophet or a prophetess do not foresee the future: they "see" what is written in the present, they shed light upon it, and attune themselves to the stream of becoming. The artist makes visible the vitality and memory of matter and the living energies embedded in material formations, in a throwback to Roger Caillois’s Writing of Stones (1970) and its vision of the hylomorphic power of minerals, as well as their archival status as visual media.

In the spirit of Callois's “diagonal sciences” - a form of transdisciplinary knowledge in which invisible, subterranean relations have to be unearthed in order for a more complex image of the universe to emerge - Nicolas Sassoon and Rick Silva have created the series Cores, a series of 3D-scanned and rendered stone, radically altered and inhabited by an array of abstract patterns.

Following forensic, idiosyncratic and mnemonic approaches in his project Index, Avenue, Skylight, Nicolas Sassoon reconstructs 3 underground venues from Vancouver BC Canada through black and white pixelated animations. A multitude of details, textures, and imaginary figures give life to 3 environments animated by a hidden energy, not unlike what Jane Bennet has called « Thing-Power »: the quaint ability of ordinary, man-made items to exceed their status as mere objects to manifest traces of independence or aliveness (Vibrant Matter: A Political Ecology of Things, 2009). No human figures seem to appear in Nicolas Sassoon’s large-scale animations: just an occluded reality revealed through a process of materialisation and mediatisation of a vital and vibrant matter.

The theorists of material vitalism have repeatedly stressed that humans are also nonhuman, as they are made up of material parts (the minerality of our bones, or the metal in our blood, or the electricity in our neurons), and that things, too, are players in the world. Matter is an “actant”, Bruno Latour’s term for a source of action, an agency that can be human or non-human, or a combination of both.

Now that our species wields geological force, as the theories of the "Anthropocene" have proved, the goal would be to enhance our receptivity to the impersonal life that surrounds us, and to elicit a more subtle awareness of the complex web of hidden connections that exists between bodies and things, ultimately enabling a deeper awareness of the political ecology we inhabit. 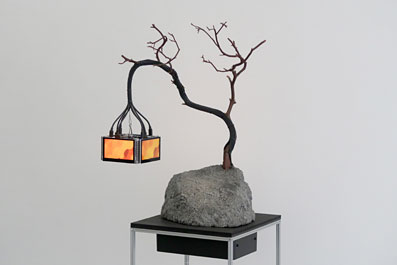 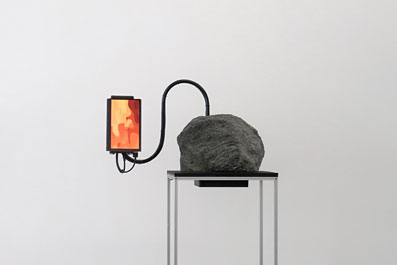 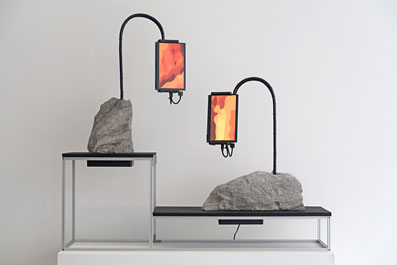 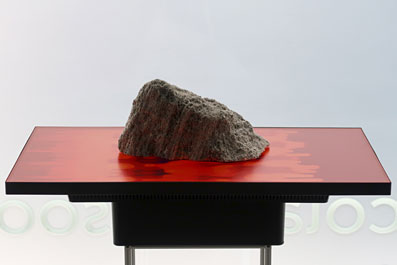 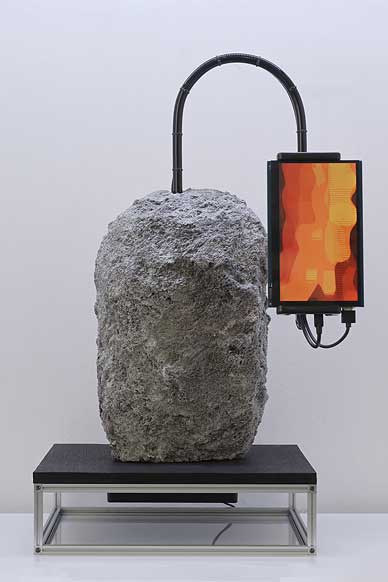 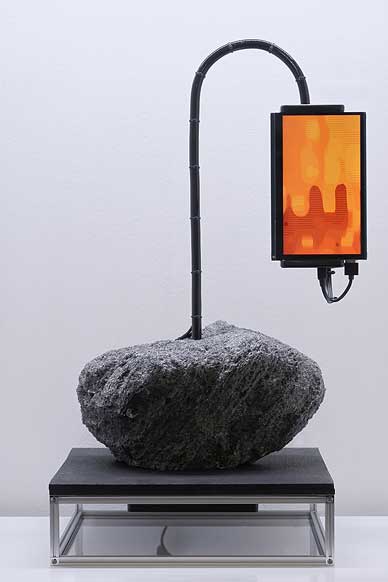 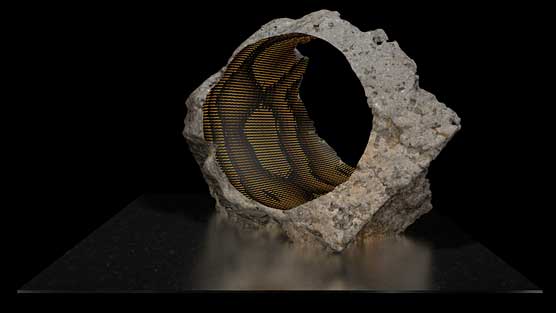 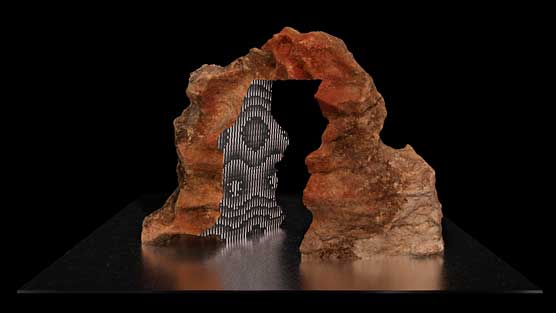 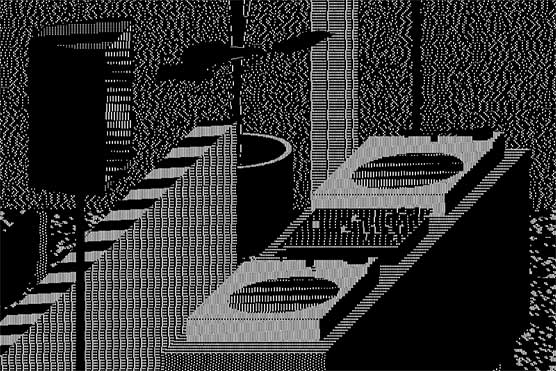 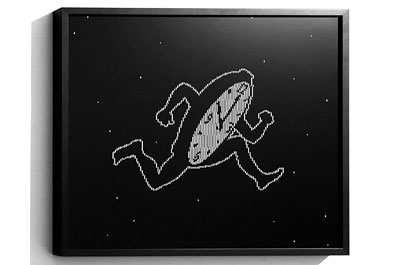 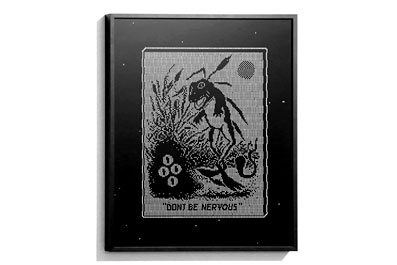 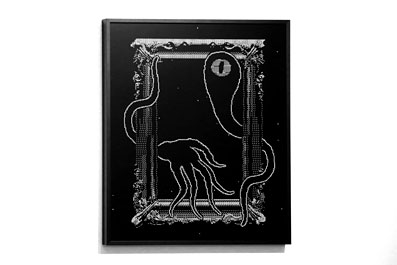 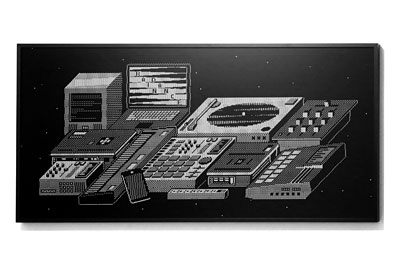 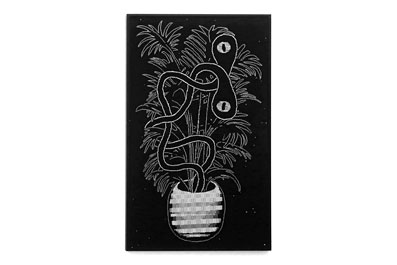 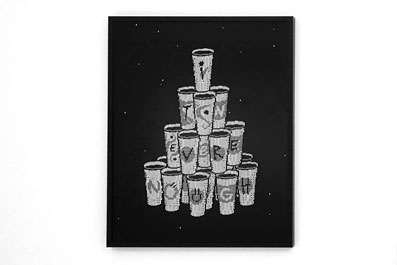