Catalogue published on the occasion of the exhibition "Many Worlds - Flavien Théry and Holography" at the Centre des arts d'Enghien-les-Bains, from 17 January to 31 March 2019.

Flavien Théry's research is part of a filiation between the optical art movement and the new media, with a particular interest in the relationship between art and science, in their questioning of the nature of reality, and more particularly of light. Visual perception thus becomes the very material of Théry's work, confronting the observer with multiple truths as he works through his devices. Light and colour become fields of experimentation that test vision and question our certainties about what we call reality.

This reflection around optical principles is the starting point for a broader reflection, entrusted to contributors from complementary universes. Flavien Théry, a visual artist whose works are here the starting point for the work of Ewen Chardronnet, author, critic and curator. Jean-Pierre Luminet, astrophysicist, writer and musician, brings his point of view on the holographic universe and the opening on parallel worlds. Patrice Van Eersel, journalist and writer, relates his encounter with the researcher David Bohm through a surrealist comic strip whose illustrations are entrusted to Manuel Simoes. Finally, Arnaud Maillet, art historian and theorist, lecturer and writer, takes us to territories at the crossroads of science, literature and esotericism.

> Web site of the edition 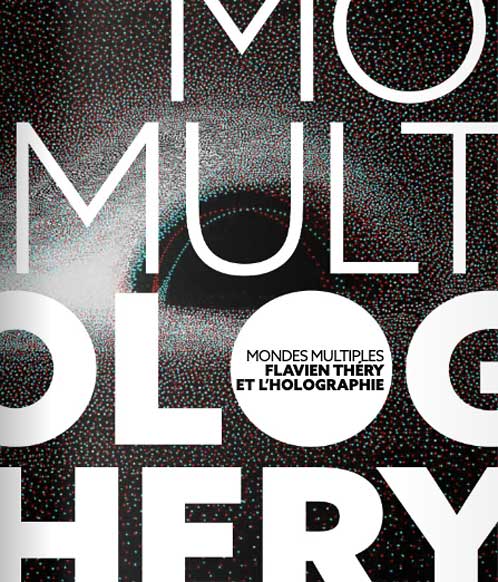 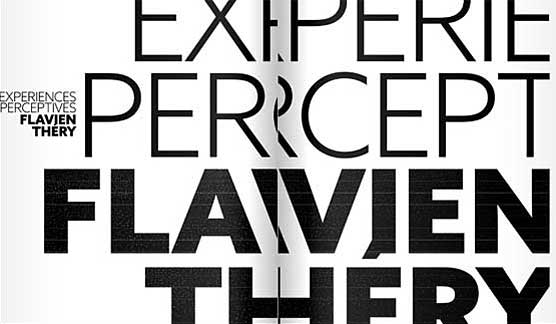 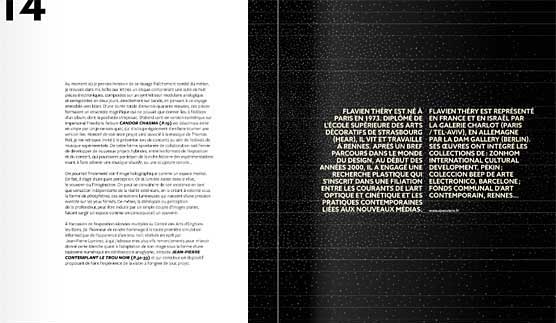 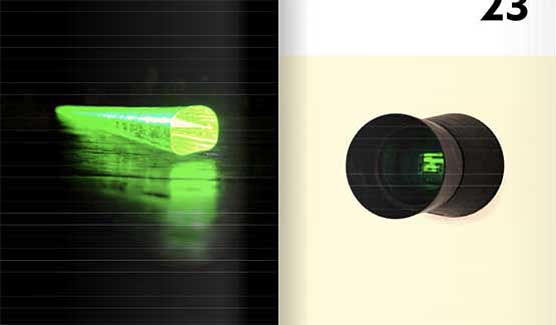 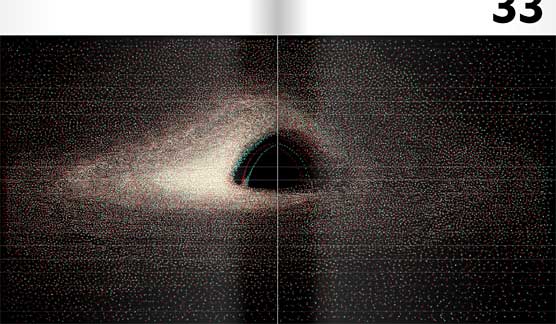