Peter Beyls is a Belgian born artist/scientist working on the intersection of computer science and the arts. He develops generative systems in music, the visual arts and hybrid formats. Beyls studied music and computer science at EMS, Stockholm, the Royal Music Conservatory, Brussels and the Slade School of Art, UC London. He was a researcher at ICCMR and was awarded a PhD in Computer Science from the University of Plymouth UK, for his research on evolutionary computing applied to real-time interactive music systems. He published extensively on various aspects of digital media, in particular, real-time interactive music systems, generative art and, in general, the application of Artificial Intelligence for artistic purposes. Beyls pioneered the use of cellular automata in the field of computer music while at the VUB AI-Lab. His work was widely exhibited and performed at conferences like Siggraph, ICMC, Imagina, ISCM, Generative Arts and ISEA. He was invited professor at a.o. the University of Quebec, Montreal, California Institute of the Arts, Shanghai Institute of Visual Arts, the School of Visual Arts, New York and the Osaka Arts University, Japan. Until September 2016, he was a research professor at CITAR, Catholic University of Portugal, Porto. He is currently a researcher at the Department of Media Art, University College Ghent, specifically developing a project at KASK Laboratory aiming to interface aesthetic and biological processes. Peter Beyls has been involved with ISEA (the Inter-society of Electronic Art) since the early 1990’s, he is currently a member of the IIAC (ISEA International Advisory Committee). In addition, he is an associate with Ear to the Earth, New York, Intermedia Projects, Albuquerque, NM and the Algorists collective. Beyls was initially active in electronic music, as a composer of tape music. Later on, he developed various analog live electronic music systems. In close partnership with Michel Waisvisz, he designed and built the early prototypes of the crackle box synthesizer at STEIM, Amsterdam (1973-1975). While teaching at the Vrije Academie/Psychopolis, The Hague, Beyls develops various collaborative projects with Dutch experimental filmmaker Hero Wouters. Around the same time, Karel Goeyvaerts and Lucien Goethals were his mentors at the IPEM Studio, Ghent. Over the years, Beyls’ engagement with music systems evolved from home-made electronics to time-sharing computers to laptop performance. Beyls conceives of computer media as active partners in a creative process, a methodology he refers to as “conceptual navigation”. Software is written in order to explore ambiguous intentions. Once an idea is formalized in a program, one can evaluate its imaginative potential by way of the feedback that program provides. Since a program reflects the objectives of the artist, programming is considered a method of aesthetic introspection. Software is thus instrumental as a functional, materialist means allowing the active manipulation of otherwise purely conceptual constructs. 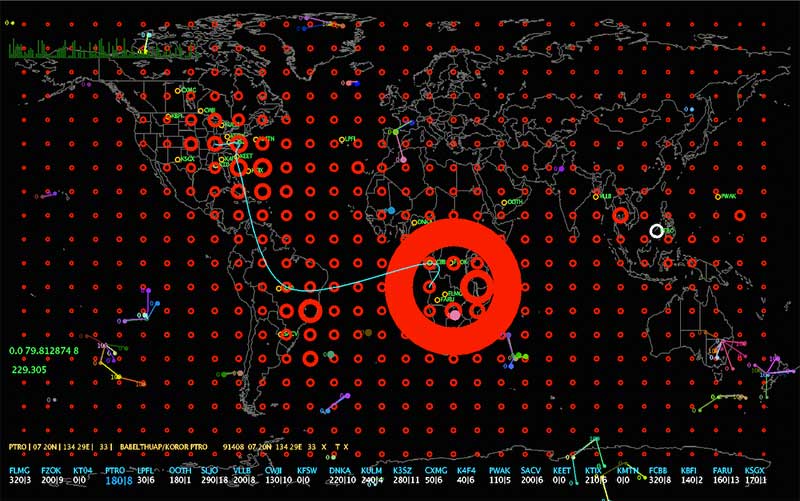